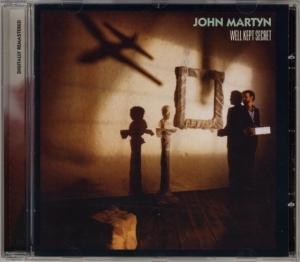 Cherry Red Records released this item through their Esoteric Recordings label.
It contains the original album remastered and expanded with two bonus songs.
The artwork was 'enhanced' which means several promo pictures from the period have been included.
John Hillarby's sleevenotes are nice. The booklet also contains the lyrics.

This is almost an identical release to the 1998 Japanese version of Well Kept Secret. This was also remastered and expanded with two bonus tracks.
However, the version of the Gun Money US remix here is one minute longer than the Japanese one.

| Paul Hillery
@bigmuffsite found this but didn't see it on your concert list https://t.co/NurVAf1AVs
10 months 2 weeks ago
END_OF_DOCUMENT_TOKEN_TO_BE_REPLACED