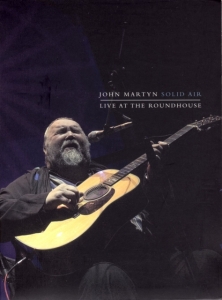 Recorded and filmed at The Roundhouse, London Saturday 3rd February 2007.

The video is well produced; sound and image quality are excellent and a lot of love went into this release.
It does John justice at the end of his career. He looks huge though and sometimes gets a little short of breath but the music is excellent.

The DVD concludes with a particularly touching moment. Just after the big applause and before the band introduction John announces a 'couple of silly songs' before he's 'going to gargle just a couple of night caps' for himself. In response to the grateful audience John suddenly states:
"I love you too, I truly do. Without you I couldn't do anything! It's true, all this wouldn't exist, you know what I mean; it's the absolute truth. – I hate saying shit like that, don't you?"
Well we appreciated it very much, John. The whole kit and caboodle.

Special features:
An interview with John Martyn,
Behind the scenes footage,
a photo gallery and
Subtitles! ("A very special thank you to Teresa")

| Paul Hillery
@bigmuffsite found this but didn't see it on your concert list https://t.co/NurVAf1AVs
10 months 2 weeks ago
END_OF_DOCUMENT_TOKEN_TO_BE_REPLACED