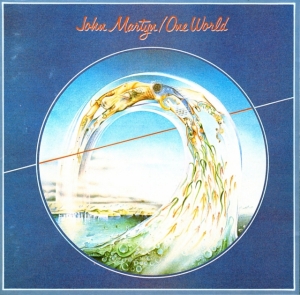 John's most convincing electrical album with great songs and fine musicians. Unfortunately it came out in the middle of the punk wave.

'Here we all are, rumours and old toffee abound. - John Martyn.'
Recorded [in three weeks] at Woolwich green farm [in Theale] and mixed at Basing Street Studios, London.

The first UK pressing had an inner sleeve with lyrics. On the sleeve of the vinyl album, the tracks are mentioned in the wrong order. Originally the A-side started with Couldn't Love You More, the B-side with Dealer. The sides were switched very soon after the release but the sleeve remained unchanged.
The 25 year Island Life reissue (ILPM 9492) does something else: Side 1 starts with Dealer allright, but both labels mention all the wrong tracks. Side 1 - Couldn't Love You More, etc. and Side 2 - Dancing etc.
US tracks were slightly remixed; some of them feature on the Electric sampler. The Italian mix is identical to US version but with a somewhat 'drier' sound. This is Woolwich Green Farm, the house near Theale where
One World was recorded. It is surrounded by water,
and Phill Brown used this for subtle effects.

Alternative versions (demotapes and studio outtakes) became available May 1999 on the Voiceprint double CD Another World. Phil Brown's liner notes are very interesting, also for One World only owners. Behind the link you can also find a more extensive track history of One world songs. Another World was banned by Island but November 1 2004, they produced a fine official One World De Luxe release, containing the outtakes and also unknown live tracks from a 1978 concert at Regent's Park.

Before the Battersea benefit concert (30 July 1977) John told Mike Burdett of Déjà Vu magazine that there were about 16 cuts available for consideration from which, by means of a slow and deliberate process of elimination, 10 were to be included on the album. So far only Black Man At Your Shoulder is identified as a studio outtake.

| Into the Trees.
@David_Lofts @bigmuffsite You lucky lucky man. Where did you get to do that and are you doing it again?
2 hours 51 min ago

| Big Muff
@Alexincrimeland @Beathhigh The Big Muff website counts 2000 pages so there is plenty of room for memories.. No I w… https://t.co/TqvqdQZ2Os
2 days 1 hour ago

| Alex Gray
@bigmuffsite @Beathhigh Aye, that’s right. Were you there? I had Hamish Imlach and Matt McGinn there for the concer… https://t.co/5QDZyeu5x4
2 days 1 hour ago

| Alex Gray
@bigmuffsite @Beathhigh It was a very long time ago back in the sixties. Pollokshaws Burgh Hall.
3 days 7 hours ago
END_OF_DOCUMENT_TOKEN_TO_BE_REPLACED