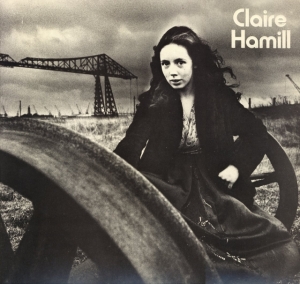 "Produced by John McCoy and Chris Blackwell for Decoy Productions". The record carries 1971 als year of release but a more exact date is hard to pinpoint. My guess, based on catalogue number 9182, is it must have been late December 1971. ILPS 9180 (Traffics Low Spark Of High-Heeled Boys) was credited 1971 like One House Left Standing, but both ILPS 9181 (The Sutherland Brothers Band) and ILPS 9183 (Vinegar Joe) are credited 1972.

The cover picture shows the Transporter Bridge over the river Tees in Middlesbrough. Ian Hepplewhite reports it is a significant local landmark. 'Vehicles drive onto a platform, which is hanging from steel cables from the top of the bridge, and when ready the platform moves across the river to the other side and everybody drives/walks off.'

| Paul Hillery
@bigmuffsite found this but didn't see it on your concert list https://t.co/NurVAf1AVs
10 months 2 weeks ago
END_OF_DOCUMENT_TOKEN_TO_BE_REPLACED