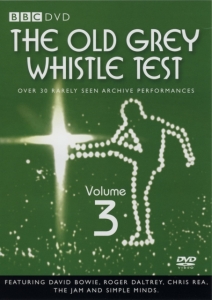 Over 30 rarely seen archive performances, one of which by John and Danny.

In retrospect Roger Daltrey reflects on the CD and how it killed an artform; on vinyl and on the music industry.
Rick Wakeman looks back on the meaning of the OGWT and how marketing took over the power from the musicians.
Roddy Frame talks about the rise of punk.
Bob Geldof was not a fan of the program and connects it to the late sixties phenomenon of the 'Implosion' at the old Roundhouse 'where you could see the worst bands in the world.' The studio lacked an audience and it was inevitable the artists took to video clips instead. He talks with high regard though of the professionals of the OGWT team that helped him put Live Aid together.