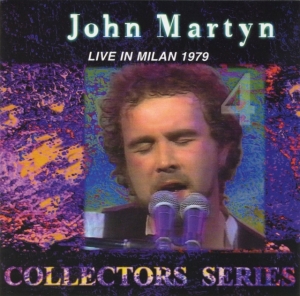 Another 'restored live recording' from Italy this time.

Bonus track Rather Be The Devil is from 1977 and is played rather fast. It compensates for the same song from Milan which is cut off at 1'51".
Small Hours is glued together with Stay and Anna and was recorded Turin, on 17 May 1979. Notice the RASTA! heckler at 1'39".
A similar person sings "Stronzo...", 5'41" into Solid Air (stronzo being one of the worst Italian insults, meaning tiny little piece of shit).

"Thanks to Keith Boden and Ian Barnett for their help with the bonus songs."

"Special thanks to Tim Dickeson for the photographs.'

sitenote:
First and only recording of Stay. This song was written in 1953 by Maurice Williams and became a classic single. Upon its release in 1960 on Al Silver's Herald label, it became a number 1 hit for Maurice Williams and the Zodiacs and has been a popular favorite for decades since, revived in 1987 with its prominent use in the movie Dirty Dancing.

| Paul Hillery
@bigmuffsite found this but didn't see it on your concert list https://t.co/NurVAf1AVs
10 months 3 weeks ago
END_OF_DOCUMENT_TOKEN_TO_BE_REPLACED