Live In Dublin (with Danny Thompson) 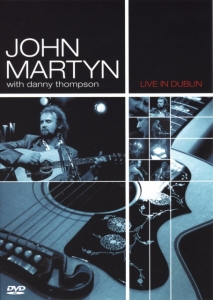 Unofficial release of a Irish broadcast with good atmosphere.

"Recorded in Dublin 26/08/1987 Featuring Danny Thompson on bass" -at least that is what the credits say. In fact the recording took place June 1986, see below.
Produced in association with Frontier Films and MCD Concerts.
Copyright RTE 1987.
"Jam DVD/ Artful"

The series Live In Dublin consisted of eight live concert programmes shot between 1986 and 1990. They featured a wide range of contemporary musicians in performance in the Gaiety Theatre, Dublin.

John claims this is their first concert in Ireland:
"Believe it or not, despite the fact that Danny and I have played together for about ten years, we never actually visited your wonderful country. So here we are."

And now for the official production credits:

John Beare claims that the recording was in fact made one year earlier:

"The Irish recording of the DVD released in 2005 was recorded in June 1986 if this is actually the RTE recording. I was at this gig and one of the support acts was Andy White (who was dreadful!). I had tickets for the October 16th 1987 gig at the stadium but couldn't go (my grandmother had passed away the day before, so that's why it sticks in my memory) so I am 99.997% certain that the recording was in 1986.
I also checked with my old school friend in Australia who I was at the '86 concert with, and he left Ireland early October '87, so its now 99.9999997% that the date was 1986."

| Paul Hillery
@bigmuffsite found this but didn't see it on your concert list https://t.co/NurVAf1AVs
10 months 3 weeks ago
END_OF_DOCUMENT_TOKEN_TO_BE_REPLACED