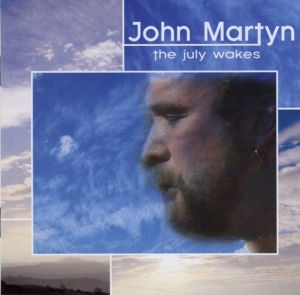 The release contains a 12 page booklet with sleevenotes by John Hillarby and by Ian Barnett.

I have recently rediscovered a lot of my older master tapes and this recording of John Martyn is an supreme classic. A very good quality Mono audience recording do by ME! This is a MUST for any John Martyn fan, absolutely at the top of his game. He is in great form chatting to Danny Thompson having fun with the audience and cracking lots of one liners. It was a warm Balmy evening sat on the grass in Charnock Richard, the place was originally a venue for medieval jousting… then it became a VERY nasty ‘theme park called Camelot...

On the night I was with my girlfriend (who is now my wife of 27 years) and the guy who was giving us both a lift home 'disappeared' into the darkness on the car park. We 'hitched' a ride in a car to Manchester 27 miles away…. Caught the all night bus to our town… walked 5 miles to my girlfriend’s house… arrived home at 4:30am with her parents frantic… (No mobile phones way back then) I went straight to work at 7:00am because there was no point in going to bed!

This has NEVER been outside my collection because I had given up hope due to the poor quality however it has been resurrected and is distributed here for the first time.
One of the problems that the older tapes have is that they have deteriorate over the years…. Thanks to the internet I have resurrected this master. (http://www.tangible-technology.com/tape/baking1.html) Prior to 'baking' the tape it was unlistenable. On Rather Be The Devil the tape was almost destroyed… you can hear some of the screeching for 2 minutes.

Introduction by Tony Capstick
Originally recorded on a Sony Mono Tape deck with a Sony mic. Maxell 120 Tape.
Baked for 2 hours @ 150 degrees in a fan oven, left to cool for 1 hour.

Please keep this recording pure. Enjoy it… go see John Martyn live and buy his music…. I consider this recording to be the very best I have ever seen and heard him.

1 sitenote: Fairport Convention did not play at this festival.

| Paul Hillery
@bigmuffsite found this but didn't see it on your concert list https://t.co/NurVAf1AVs
8 months 3 weeks ago
END_OF_DOCUMENT_TOKEN_TO_BE_REPLACED