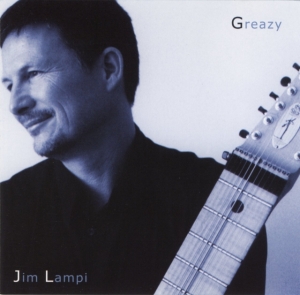 Improvised singing on solo record by the plank man.

This is an independent release, sold by Jim Lampi personally ('Gila' of course being short for Jim Lampi). He wrote all of the following songs:

"Special thanks: A big special thanks to John, Arran, Spence, Chris, Marie Claire, Zeus, Rie, Doug, darlin Sharon, Tony, Christian and everyone at the Kashmir Klub, Bernard and staff at Rose Morris, Bill for the skillet, the boys from Vegas for the 'Greazy', and everyone else I brought into this project."

"I've been performing on and off with John since about 1996. We are perhaps going to be touring in June [2002 1]. So while talking to him about that last summer, I caught him with his defences down, asked him if I could get him to sing a little on the CD. Told him that Spen and Arran were already on it just to tempt him. He said it sounded like fun. Before he knew it I was on his doorstep with my little recorder. I told him to sing whatever he wanted. On 'Peggy' at first I told him to sing like Coltrane which made him laugh. But I wanted a tenor, bari quality."

1 This summer tour was cancelled due to an infected foot.

| Paul Hillery
@bigmuffsite found this but didn't see it on your concert list https://t.co/NurVAf1AVs
10 months 3 weeks ago
END_OF_DOCUMENT_TOKEN_TO_BE_REPLACED