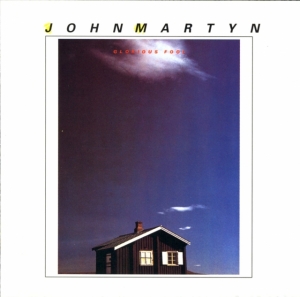 First album without Island and a good effort towards commercial success without compromising the musical quality.

The album charted for seven weeks in the UK reaching number 25. It got mixed reviews but it cost Warner no trouble to throw a few lines of praise into the Glorious Fool tour ad: "One of this year's (any year's) finest"- Melody Maker; "One of the most genuinely passionate records of the year" - Record Mirror; "A superb distillation of talents" - Music Week; "Martyn's breakthrough from Cult Status" - The Guardian; "Glorious Fool promises to open up an entire new audience for Martyn" - The Times; "Martyn simply hasn't made a better album than this" - Time Out. American reviews followed ten months later and were less enthousiastic.

The US pressing (Duke Records) has a different mix for Couldn't Love You More. More treble, less warmth in bass and drums and more prominent synth. The track also lasts 12 seconds shorter than the European version. The modifications were probably made to ensure FM airplay for the Clapton track. The album in fact was the first release on Duke Records, that members of Genesis had formed as their own label, which shows on the molds. John Martyn was the first act to be signed for Duke, but Genesis and Phil Collins continued to release their own records through Atlantic.

CD cover says album was released 1982. Didn't Do That on the CD has a wow in the first guitar notes that is not present on the vinyl copy.

The Japanese CD edition appeared June 1998 and had Japanese liner notes and lyrics but no bonus tracks.

4 August 2008 Warner rereleased the album in the Rhino Encore series.

| Paul Hillery
@bigmuffsite found this but didn't see it on your concert list https://t.co/NurVAf1AVs
6 months 2 weeks ago
END_OF_DOCUMENT_TOKEN_TO_BE_REPLACED