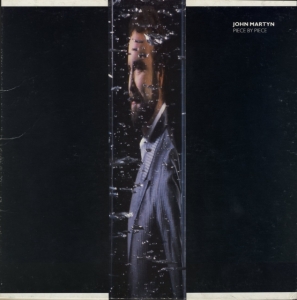 Two interview albums with Trevor Dann, a 22 page booklet and the 12" Classic John Martyn single add up to a fine press kit.

The interview albums are titled A Conversation With John Martyn.
The musical tracks are separated by dialogue.
The booklet is mainly identical with the Piece By Piece Tour program.

Apparently in 1986 Island put a considerable effort in promoting John as a mainstream artist. This set combines various items that were also used separately. Of course there also were the Classic John Martyn CD single, the various Lonely Love singles and promo item and several merchandise items. Too bad it didn't work out; after the Foundations live effort (LP, CD and video) the new management decided that John had to go shopping with his next album The Apprentice.

The interview discs were meant to serve as instant feature program for radio stations. DJ's could also pose the questions themselves, thus suggesting an exclusive interview. Inadvertently one imagines the stylus taking a wrong turn at an accidental pop or scratch...

In the mean time it remains funny that the album that triggered the whole circus was not included in the press kit. This is probably called 'marketing'.

The covers of the interview records falsely state JMI-1 and JMI-2 as catalogue numbers.

| Paul Hillery
@bigmuffsite found this but didn't see it on your concert list https://t.co/NurVAf1AVs
10 months 3 weeks ago
END_OF_DOCUMENT_TOKEN_TO_BE_REPLACED