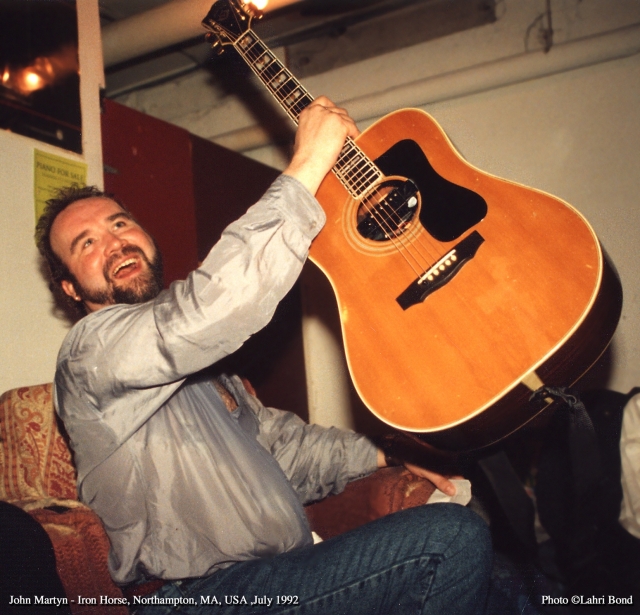 Lahri Bond took this picture himself in July 1992 at the Iron Horse, Northampton, Massachusetts:
"John had just come off the stage and was soaking wet from sweat. I had a great talk with him, leading to the interview published on the site."
John was touring the US that summer. A nice touch is the 'Piano For Sale' sign behind his head.
Perhaps the owner decided to put it up after hearing John play the guitar...

Lahri Bond is a designer and illustrator who also writes, does photography and acts as art director for Dirty Linen, the magazine of Folk & World Music.

| Paul Hillery
@bigmuffsite found this but didn't see it on your concert list https://t.co/NurVAf1AVs
8 months 3 weeks ago
END_OF_DOCUMENT_TOKEN_TO_BE_REPLACED